Interpreting  has long been identified as a socially situated activity as already postulated by Berk-Seligson 1990; Wadensjo 1998; Angelelli 2004, or it is referred to as the interaction between the process and context.

Taking into account the above facts, this research addresses translation as an act and event having its main focus of cognitive and mental processes since any act of translation regardless of its genre, embraces a complex mental or cognitive activity cross-connected with psycho-social interaction and context or space where the act or event takes place in.

The act of translation is therefore strongly connected with the mental or cognitive frameworks and the social contexts and hence it can be deduced that any social activity entails a complex mental process otherwise the current of discourse interrupts. In this work, I want to trace the relevancy the cognition has with translation as a socio-mental activity and that to pave the way to stimulate for new findings.

In this  work, I have taken advantage of Fodor’s Modularity of Mind. The theory of modularity suggests that there are functionally specialized regions in the brain that are domain specific for different cognitive processes.

Based on the above theory the mind is subdivided into smaller parts called modules that can be independently created and then used in different systems. A modular organization structure can work more efficiently. We also  have   the Functional Specialization of the Brain which suggests that different areas in the brain are specialized for different functions.

Franz Joseph Gall (1758–1828) and Johann Gaspar Spurzheim (1776–1832) are best known for the idea that one’s personality could be determined by the variation of bumps on their skull, proposed that different regions in one’s brain have different functions and may very well be associated with different behaviors.

Theory  of localization first gained scientific credence in the 1860s with Paul Broca’s discovery that damage to a specific part of the brain—the left frontal lobe—was associated with speech impairment.

Other discoveries followed: in 1874, Carl Wernicke identified the part of the brain responsible for receptive speech (the upper rear part of the left temporal lobe, known as Wernicke’s area), and in 1870 Gustav Fritsch and J. L. Hitzig found that stimulating different parts of the cerebral cortex produced movement in different areas of the body. By the beginning of the twentieth century, detailed maps were available showing the functions of the different areas of the brain.

vThe  other  Theory which I should like to synthetize with the argument, is the Equipotential Theory, which asserts that all areas of the brain are equally active in overall mental functioning. According to this theory, the effects of damage to the brain are determined by the extent rather than the location of the damage.

Not all researchers have agreed with theories of localization, however. An influential conflicting view is the equipotential theory, which asserts that all areas of the brain are equally active in overall mental functioning.

According to this theory, the effects of damage to the brain are determined by the extent rather than the location of the damage. Early exponents of this view—including Goldstein and Lashley—believed that basic motor and sensory functions are localized, but that higher mental functions are not. There is still controversy between adherents of the localization and equipotential theories of brain function.

Some experts advocate a combination of the two theories, while others search for new alternatives, such as that proposed by J. Hughlings Jackson in 1973. Jackson claimed that the most basic skills were localized but that most complex mental functions combined these so extensively that the whole brain was actually involved in most types of behavior. 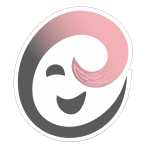